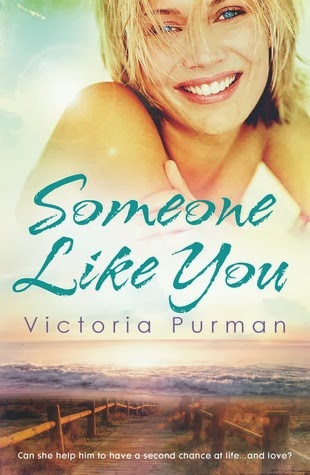 When Lizzie Blake knocks on the door of Dan McSwaine’s beach house at Middle Point, she barely recognises the man who answers. Whatever happened to the guy who swaggered into her home town with a grin and left with her heart in his back pocket? Lizzie wonders if he’ll ever be that man again — and if she should risk everything she’s built her life on to help him.


Dan can’t normally bear to be more than ten minutes from a hip bar, an imported beer and a group of hot women. So what is he doing holed up in a falling down beach shack at Middle Point? All he knows is that he’s made some crazy decisions since the night a truck slammed into his car and almost killed him. The first one was to think that buying a crumbling piece of coastal real estate was a good idea. The second crazy decision was to try to hide away from the world when a woman like Lizzie Blake is determined to drag him right back into it…

I am going to start off this review by saying I have not read the first book in this series, 'Nobody But Him' but I found that this book reads fine as a stand alone, and while it may have helped to have some more back story I do not feel as though I was missing any major plot points.
Someone Like You is romance set on the South Australian coast, and Purman captures coastal Australia wonderfully. The beautiful beaches and the laid back lifestyle of Middle Point set the perfect scene for Lizzie and Dan's romance.
Dan and Lizzie are attracted to each other from the very beginning but they are both damaged and not sure if they are ready for a relationship, this creates a high amount of tension and the result is a wonderfully realistic and sometimes strained relationship between them.
I really enjoyed this book, it was a great relaxing summer read.

Review copy thanks to Harlequin Australia.
Posted by Ceri at 09:55

Email ThisBlogThis!Share to TwitterShare to FacebookShare to Pinterest
Labels: book review, contemporary romance, fiction, Someone Like You, Victoria Purman