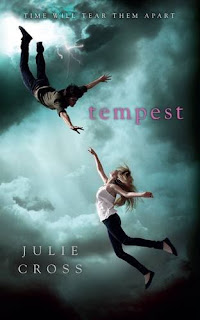 The year is 2009. Nineteen-year-old Jackson Meyer is a normal guy… he’s in college, has a girlfriend… and he can travel back through time. But it’s not like the movies – nothing changes in the present after his jumps, there’s no space-time continuum issues or broken flux capacitors – it’s just harmless fun.

That is… until the day strangers burst in on Jackson and his girlfriend, Holly, and during a struggle with Jackson, Holly is fatally shot. In his panic, Jackson jumps back two years to 2007, but this is not like his previous time jumps. Now he’s stuck in 2007 and can’t get back to the future.

Desperate to somehow return to 2009 to save Holly but unable to return to his rightful year, Jackson settles into 2007 and learns what he can about his abilities.

But it’s not long before the people who shot Holly in 2009 come looking for Jackson in the past, and these “Enemies of Time” will stop at nothing to recruit this powerful young time-traveler. Recruit… or kill him.

Piecing together the clues about his father, the Enemies of Time, and himself, Jackson must decide how far he’s willing to go to save Holly… and possibly the entire world.

I really wanted to love this book and I am certain there are a lot of people out there that will love it.

It took me longer than I would have liked to finish this book. I picked it up because I loved the concept behind the book, but I ultimately found the way it was written to be confusing and at time frustrating, this may have something to do with my bad habit of never reading chapter titles.
The action starts very early into the book, which isn't a bad thing, but I felt it lacked the initial 'getting to know you' stage and as a result I found it difficult to relate to or care about the characters.
Despite all that there were some action fuelled scenes that were well placed and managed to keep me turning the pages long enough to finish the book.
.
Will I read the sequel? Maybe. I am interested to find out more about the mysterious red-headed little girl.
Posted by Ceri at 08:21