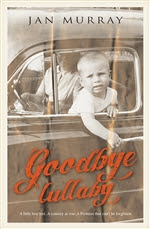 In September 1971, 181 numbered marbles roll around in a barrel while Australia holds its breath. The last number drawn will shatter two women's lives, and bring them together again…

Sixteen-year-old Caroline ‘Miki' Patrick confides to her best friend — the outspoken, smart-mouthed Jude — that she's pregnant. Miki's parents place her in the iron embrace of St Anthony's, a home for wayward girls, with the scheming Sister Angela pressuring her to give up her baby. But Jude convinces Miki they can raise the child, and together they make a pact and take to the road.

But the teenagers are ill-prepared for the hardships they face, and after one particularly difficult night, fate separates them. Alone, poor and scared for her baby's welfare, Miki ultimately surrenders Dominic to the home.

Two decades later, Miki is a dangerous woman, and she's on the run. A vocal anti-war activist who assists draft dodgers, Miki is hiding from the Federal Police and never stays in one place very long. That is, until Dominic's birthday is drawn in the conscription lottery and Jude steps back into her life.

A story of love, friendship and forgiveness, Goodbye Lullaby is a moving read that tells the story of a young unmarried mother, Miki, her illegitimate son, Dominic and her best friend, Jude, as they struggle to survive in the 1950s. Fate tears this unusual trio apart only to reunite the two women 20 years later when Dominic's birthday is drawn in the conscription lottery. Now they are determined to find 'their' son before they risk never seeing him again.

It took a while for me to get into this book, it felt a little disjointed to begin with as the chapters jump between the two periods and I have a bad habit of not reading chapter titles or anything that resembles chapter titles, but after realizing this was the case I soon became comfortable with the format and began to get sucked into the lives of Miki and Jude.

I admired the courage and determination of the two young women as they faced the struggle of raising a child in a time that had no sympathy for young single mothers.

Jan Murray transports us to very emotional part of Australia's history as she tells not only the fate of young single mothers but also touches on the stolen generation of indigenous children, a story which most are unwilling to discuss. Well done Jan!

Although not a high action book the pace is steady enough to keep the pages turning and the story lingers in my mind after I have closed the book. I can see this one being picked up by book clubs as it has great discussion potential.

Thanks to Harlequin Australia for the ARC.
Posted by Ceri at 12:45