The Queens Choice by Cayla Kluver 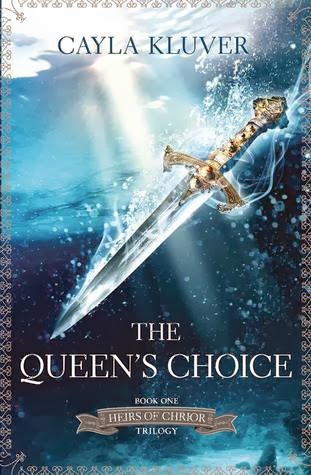 Magic was seeping out of me, black and agonizing. I could see it drifting away. The magic that would let me pass the Road to reach home again.

When sixteen-year-old Anya learns that her aunt, Queen of the Faerie Kingdom of Chrior, will soon die, her grief is equalled only by her despair for the future of the kingdom. Her young cousin, Illumina, is unfit to rule, and Anya is determined not to take up the queen's mantle herself.


Convinced that the only solution is to find Prince Zabriel, who long ago disappeared into the human realm of Warckum, and persuade him to take up his rightful crown, Anya journeys into the Warckum Territory to bring him home. But her journey is doomed to be more harrowing than she ever could have imagined.

The Queen's Choice is like a long stroll, a fantasy adventure novel that is more about the journey than the destination. It is not jammed packed full of action but instead meanders at a somewhat slow but steady pace introducing the reader to a beautiful world of fairies and magic.
The Queen's Choice is a beautifully written novel with stunning world building and strong, well written characters. It is a lengthy and descriptive read which will not suit all readers as the pacing is slow, sometimes too slow. But I found it to be well worth the extra time it took to read. It really was an enchanting read with an unexpected ending that has left me eagerly awaiting the next in the series.
Thanks to Harlequin Teen Australia for the ARC
Posted by Ceri at 09:11